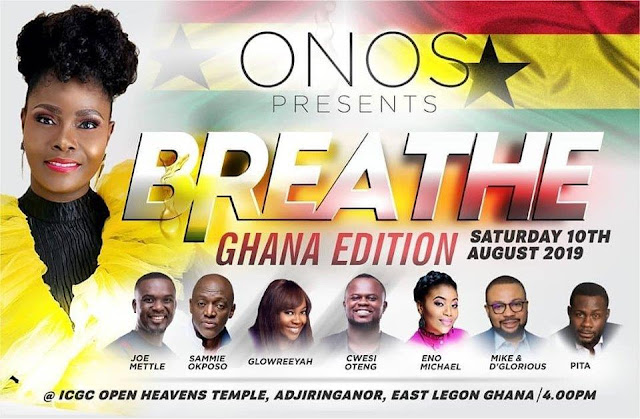 Ghana 🇬🇭 Get ready for an Encounter as #BreatheworshipwithONOS Comes to YOU !
Onoriode Ebiere Ariyo professionally known as Onos Ariyo is a Nigerian Gospel Music Artist whose worship life and ministry has been a great blessing to many.

Born (October, 1) into a family of eight and from the Niger Delta Region she had her primary and secondary school education after which she gained admission to the Delta State University, Abraka where she graduated with a bachelor’s degree in FrenchOnos is presently married to Mr Kunmi Ariyo (CEO MIRUS EVENTS).

She was introduced to the music ministry at the tender age of eight. She is best described as a seeker of God, worshiper, wife, mother with a powerful voice and her vocal dexterity is simply timeless, sang in several choirs and groups and is presently a lead vocalist at the House on the Rock Church, Lagos.For Onos, music isn’t just a profession or a hobby, music is her life!!

Onos has been nominated for a number of awards since her debut into the music industry. In 2012 she won the award for the Best Female Vocalist at the Nigeria Gospel Music Awards as well as at the Crystal Awards in 2013. In 2015, she won the Wise Women Awards in the Woman in Music category and Female Gospel Artist Of The Year Eloy Awards in the same year. She won the Female Artist of Excellence Award at the African Gospel Music Awards AGMMA in the UK in 2018.
In August 2018, Onos was hosted, alongside other MIPAD honorees by the Nigerian stock exchange at the Gong closing ceremony tagged “Celebration of Excellence”. The event also had in attendance former Vice President of Nigeria, Namadi Sambo.

She has shared the stage with Gospel Giants like Fred Hammond, Israel Houghton, Don Moen, Ron Kenoly and a few others at The Experience 2010 where she did a remix to her hit song DANCE with Chevelle Franklyn from Kingston, Jamaica and she also sang the National Anthem with Phil Driscoll and Micah Stampley and also she was part of the artist line for the Experience 2014 as well . She also did a duo performance with Jessica Reedy (of the Sunday Best Fame) at the Corporate Elite Event at the Eko hotel and Suites 2012.

Check Out Video from Onos-ALAGBARA

She started  BREATHE in 2018 from just a monthly online worship platform where people who join in the live sessions do that by registering but this year through leading of the HOLY SPIRIT ONOS is introducing an Album /Concert/Tour .The album has been titled Breathe because most of the songs from the album were received during the online worship sessions .

Last weekend you could testify with a fact that BREATHE- Lagos Edition was not just a Concert but a Movement of the Holy Ghost which featured 3times Stellar awards and DOVE winner Jekalyn Carr,Pastor Nathaniel Bassey, Dr.Tim Godfrey and many powerful musicians. The presence of God was all over the place and people received their miracle

Check out testimonies below 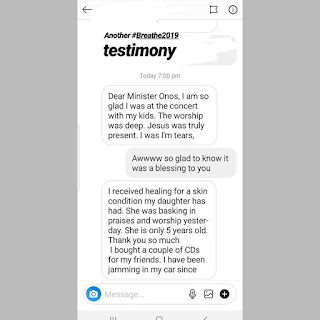 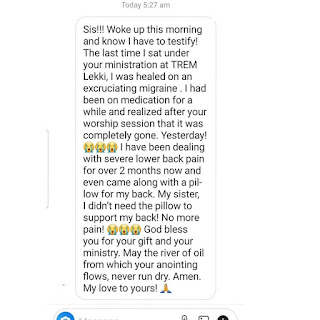 Come and your life can never be the same

Nene Olajide has unleashed yet another powerful sound, ‘ANCIENT SPIRIT‘

Nene Olajide has unleashed yet another powerful sound, ‘ANCIENT SPIRIT‘

April 7, 2021
Need Help? Chat with us
Start a Conversation
Hi! Click one of our member below to chat on Whatsapp
The team typically replies in a few minutes.
Joseph Larnort
Support Assistant