Mary Stampley, the daughter of Micah and Heidi Stampley, has died tragically at the age of 15. Mary’s cause of death has not been made public.

The sad news was broken on Micah Stampley’s Facebook page around midnight on October 22. The statement read,

“It is with a heavy heart that the Stampley family would like to announce the passing of their 15-year-old daughter, Mary Stampley. Please keep their family in your prayers and respect their privacy as they deal with this traumatic event.”

“due to complications with a seizure.”

The exact cause of the seizure was not revealed.

Mary Stampley is survived by her parents, as well as her five brothers, Brandon, Micah II, Adam, David and Desmond. 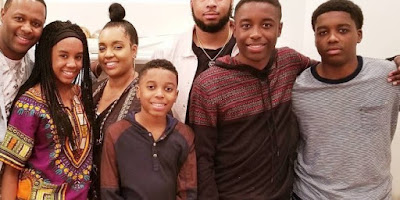 The Stampley family lives in Fayetteville, Georgia. Micah Stampley burst on to the music scene with his 2005 album, “The Songbook of Micah.” Stampley’s work is a regular feature on the Billboard gospel charts and has been nominated in the past for Stellar Awards as well as Dove Awards.

In addition to his singing career, the Stampley family operates a coffee shop, Orleans Brews and Beignets, in the town. On his official website, Micah Stampley refers to his wife as his “anointed songwriter.” Stampley released his last work, the single, “Fire & Rain,” in May 2019.

View this post on Instagram
Dare to challenge yourself. Dare to dream bigger than ever. Walk in faith and be true to who you are. Those were the words spoken to me for approximate 8 years by Momma Nic (our beloved nanny who passed away last year. As a matter of fact, it was Momma Nic who pushed me to my limits every single time I cooked my family a meal. She’d be tasting my flavors, checking the consistency of the dish and giving me pure truth about my food. She really enjoyed my passion for creating spectacular dishes and loved to spend quality time with me in the kitchen. One day she brought me a complete Chef’s outfit and said, “Son, wear this everytime you get in the kitchen.” Well Momma Nic, I’m in full uniform doing exactly what you told me to do and I’m loving every moment of it. Thanks for loving us and pushing us to go big or go home. I decided not to go home until all of my dreams were completed. We miss you so much!
A post shared by Micah Stampley (@officialmicahstampley) on Apr 11, 2017 at 8:15am PDT

Micah Stampley is no stranger to tragedy. In 1992, his brother Robert, 19, was shot dead, while in 1994, his brother Nathaniel, 21, was also lost to gun violence, according to a feature on the singer. Micah Stampley credits his faith with keeping him away from violence saying, “Once my heart turned toward God for good and I answered His call with “YES” everything changed. Not just saying yes with my mouth, but saying it with my heart; my “YES” changed the coarse of my life!”

Is it a sin to have a Crush?

Christian Books Ameyiwa Asmah - November 25, 2021 0
The man David David was a man the bible describes as a man after God's own heart. It is safe to say that he did not...

Akesse Brempong Is Ready To Release His New Album “Blessed”

Upcoming Events Officialveewrites - November 21, 2021 0
Akesse Brempong, the artiste of "Crazy Love" which was released in 2014 as part of the Songs in the night album is set to...

Christian Questions Ameyiwa Asmah - November 20, 2021 2
Holy Spirit Ladies, have you ever admired a gentleman from afar? The way he walked was so graceful. He had this award-winning smile and there...

Akesse Brempong Is Ready To Release His New Album “Blessed”

November 20, 2021
Need Help? Chat with us
Start a Conversation
Hi! Click one of our member below to chat on Whatsapp
The team typically replies in a few minutes.
Joseph Larnort
Support Assistant